Who Stole My Float? Distributing Slack with Safran Project

is a function of several factors, how much time is allowed in the contract, any locked down dates or milestones, the project strategy and execution method and the sequencing of activities to represent that same strategy.

is not a resource you build into the schedule. It is a result of your activities, durations, logic and the CPM algorithm. Since it is a part of the CPM it becomes and output and not an input. As the schedule is updated with progress, modified by adding or deleting activities or modified duration, logic, and constraints in reaction to progress, or more often due to lack of progress to activities, the float throughout the schedule will change. Float changes as a result of any update to the schedule and is not a constant resource available for the entire project duration.

Who Stole my Float?

Float unquestionably provides flexibility within the schedule that can be used to offset problems and delays. But the inverse is also true: any reduction in float increases the risk of the project running late.

In complex projects, we often see that, and for several reasons, the float is consumed at a high rate in the early phases of the project driving the entire project towards criticality with multiple critical and near critical paths. This may pass unnoticed as smaller step by step delays and consumption of float is not recognised until a critical, or multiple critical paths are the result.

When all or most of the float is consumed in the earliest phases of a project the person responsible for the succeeding phases may ask the question, and rightly so; who stole my float?

Often, we hear the question raised from fabrication and construction, blaming the design or engineering department.

What if there were a way to share or distribute the float as an allowance of flexibility for each of the phases and so that you would get an early warning or signal when this allowance is becoming critical or even negative?

Safran Project lets you use a logic constraint called Split Target to share float between phases or activities.

Figure 1 shows the planned schedule for a small project with a series of non-critical activities and the available float for the entire project.

Fig 2. Shows the situation where activity one takes too long to complete, the project end date is overrun, the float is negative causing a problem to the entire Project. In other words, not at a healthy situation.  With more complex network constructions, this situation may be more difficult to reveal. 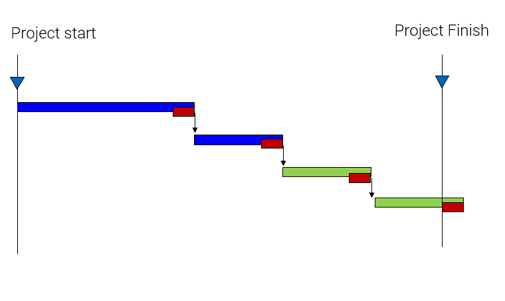 A similar situation occurs if the last activity takes too long to complete. See Fig 3.

The Split Target date is a constraint that can be set on links between activities to create virtual independent networks and share float and it can also restrict the effects of prolonging durations or missing progress to various parts of the network. 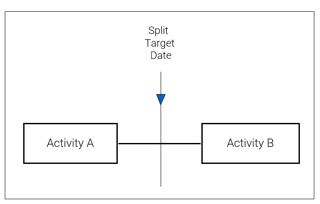 Fig 4. The Split Target date is an interface constraint

In Fig 5 we have introduced the Split Target date to share float between two parts of the schedule. The result is that the float has now been divided in two, like two networks. But unlike two separated or isolated networks, the above can also be seen as a whole or a single entity.

What happens if things go wrong, and in real life projects they will. If activity one now takes too long to complete it is the first part of the schedule that gets float. The second part retains its part of the float. You can now focus on the activities that in the early phase that causes this situation and fix it early on. See fig.6.

Fig 6. The first activity takes too long. The Split Target date prevents the “who stole my float“ situation and helps you isolate the issue to the first phase of the project.

Fig 7. Show the situation where the planning of activities shows that the last activity takes too long to complete the project within the timeframe given. Now we can see that the negative float is not passed back through the entire project schedule, but is only observed at the second part of the project. Now the Split Target and sharing of can help you isolate the problem.

The Split Target interface constraint can help planners share or distribute available float between parts of the schedule. These parts may represent engineering, fabrication, construction and other phases or groups or classes within your schedule. The Split Target can also help you isolate the problem with activities taking too long time, and not meeting the project dates. Introducing Split Targets can help you isolate issues and control the consumption of float.

Over 65% of mega projects fail, and scheduling errors are a key factor. We recognise that,...

Controls such as forecasting, scheduling, and risk analysis are integral aspects of successful...

Is Your Project Status Green?

Afew years ago, I came across the concept of 'Watermelon projects'; projects that are green on the...